Since 2010, we have issued more secure, durable and reliable licence cards, authorities and proof of age cards.

All licence cards display the cardholder’s personal information such as their name, date of birth (not on the Industry authority). The cardholder's residential address is shown on the back of the card (address is optional on the photo identification card).

Evolution of the Queensland driver licence

How the driver licence came about The first Queensland driver licence was issued in 1910 because of the first recorded road fatality in Queensland.

This fatality happened on the corner of Brookes and Wickham Streets, Fortitude Valley (near the Brisbane Exhibition Grounds). A speeding vehicle struck down 2 women as they crossed the road to catch a tram. One of the women, Amelia Down, died in hospital the next day.

It was later revealed that the driver was known to Brisbane police for his questionable driving skills. Public concern soon led to the introduction of driver testing and a system of licensing.

After you passed the test you were issued with a heavy gauge paper licence that stated your name, address, signature, customer number and a visual description of the licence holder. The early paper licences also contained vehicle details and acted as a registration certificate.

From paper to laminate to cards 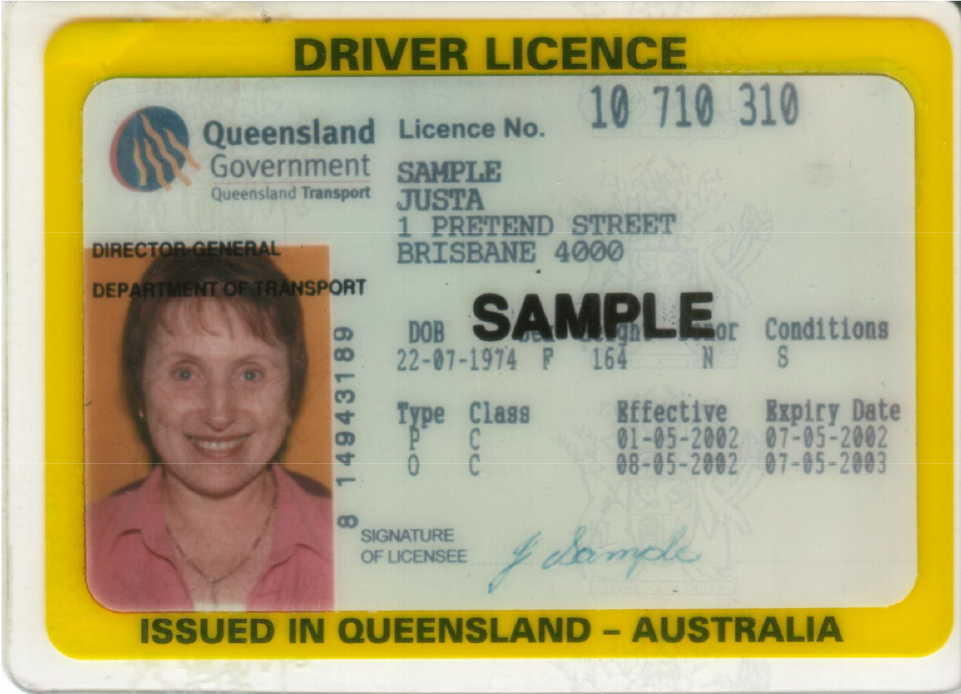 Forgery and alterations of paper licences, and damage from water and general wear and tear led to the introduction of the laminated photograph licence in July 1986. The photographic licence paved the way for an overhaul of licensing procedures, including the introduction of an electronic system for recording licensing information. The card equipment and materials used to issue laminate licences is now obsolete.

From laminated to plastic cards We took the opportunity in 2010 to introduce more secure, reliable and durable plastic licence cards. The cards provide a higher level of security and are the most technologically sophisticated licensing cards in Australia. The use of the chip, digital facial recognition technology and a variety of visual security measures such as holograms and special inks make them difficult to tamper with or duplicate. It is also easier to identify forgeries. 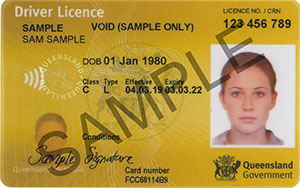 In April 2019, minor changes to the plastic licence cards were made to improve readability and take further advantage of advancements in technology. The changes included increasing and bolding the fonts, updating the security overlays and embedding the chip within the card.