Each year, the Recycling and waste in Queensland report is prepared from data submitted by over 400 reporting entities. These include local and state governments, landfill and transfer station operators, recyclers, organic processors, waste transporters, incinerators, and industrial and mining monofills.

Key findings for the most recent reporting period (2019–20), include: 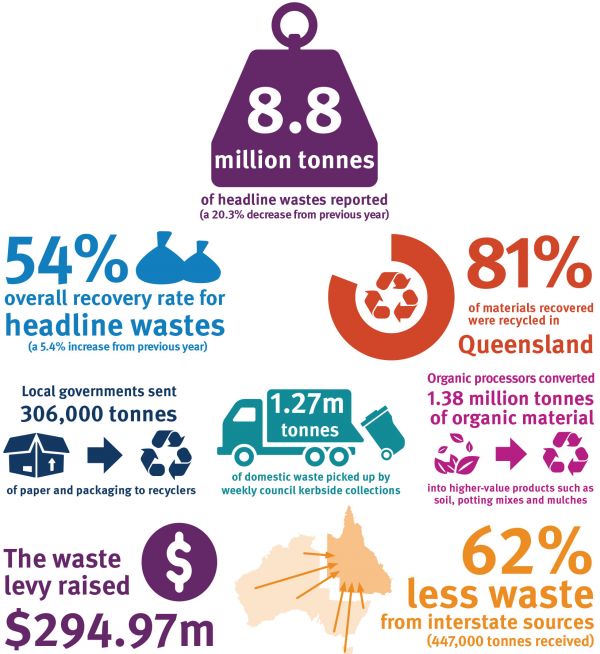 Infographic showing some key findings for recycling and waste in Queensland for the most recent reporting period (2019–20). Note: headline waste refers to municipal (household), commercial and industrial, and construction and demolition waste. (Click to enlarge)

More detailed data and historical trends can be found in previous recycling and waste reports.

Impact of the waste levy on interstate waste

A levy on waste going to landfill was introduced on 1 July 2019.

The waste levy is a key component of Queensland’s waste strategy, which aims to create a zero-waste society where waste is avoided, reused and recycled to the greatest possible extent.