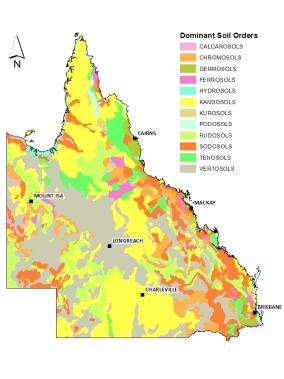 There is a variety of soils across Queensland. They are broadly grouped into soil orders based on the Australian Soil Classification system (ASC).

These soils are the cracking clay soils of the Darling Downs and Central Highlands. A large belt of grey and brown Vertosols also run from the New South Wales border to Charters Towers—corresponding with Brigalow forests. 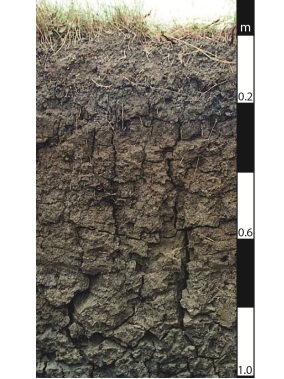 Ferrosols are well-drained soils with red or yellow-brown colour and have clay-loam to clay textures.

This soil type is usually associated with previous volcanic activity and is mainly located along the Great Dividing Range. Large areas of these soils occur around Kingaroy and Atherton where they are used for intensive crop production.

Dermosols are red, brown, yellow, grey or black and have loam to clay textures. This type of soil covers the higher-rainfall coastal and sub-coastal regions. Important areas of these soils are the Burdekin delta and the Lockyer and Fassifern valleys. 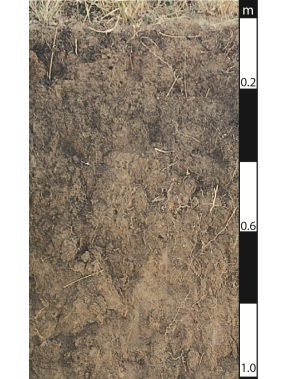 Both these soil orders are texture-contrast soils.

Kurosols are strongly acid (pH below 5.5) whereas Chromosols are not.

Extensive areas of Chromosols are in the Western Downs and the Maranoa districts—west of the Great Dividing Range.

Kurosols occur along the coast, mainly in southern Queensland. 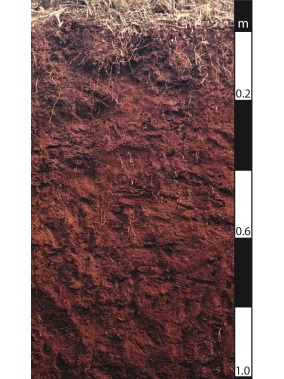 Kandosols are red, yellow and grey massive earths. They generally have a sandy to loamy-surface soil, grading to porous sandy-clay subsoils with low fertility and poor water-holding capacity.

A wide range of crops can be grown on these soils where rainfall is higher or where irrigation is available. Large areas of Kandosols exist around Charleville—corresponding with mulga vegetation—and support sheep and cattle grazing on native pastures. 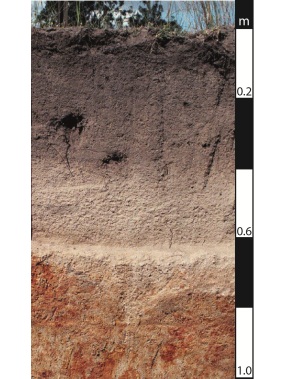 Sodosols are texture-contrast soils with impermeable subsoils due to the concentration of sodium. These soils occupy a large area of inland Queensland. Generally Sodosols have a low-nutrient status and are very vulnerable to erosion and dryland salinity when vegetation is removed. 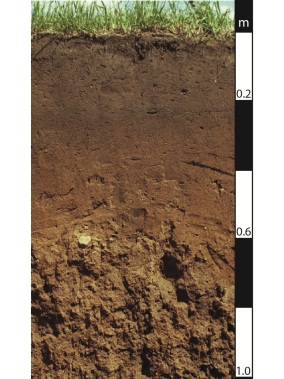 Calcarosols are lime-rich soils with sandy or loamy textures that may become more clayey with depth. They cover less than 0.5% of the state and occur in the arid western areas of Queensland; on calcium-rich sedimentary rocks, limestone and windborne deposits. 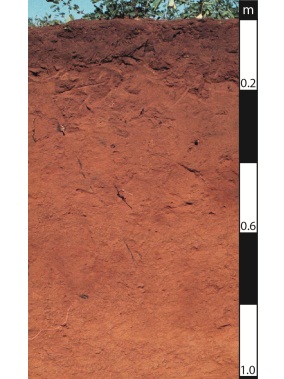 These soils orders generally have a low fertility and low water-holding capacity.

Rudosols and Tenosols are poorly developed but widespread and can be shallow and stony. The most extensive areas of these soils are inland from Cairns.

Podosols occur in the more humid coastal regions including areas such as Fraser Island and Shelburne Bay. Podosols occupy less than 1% of the state. Hydrosols are soils that are saturated with water for long periods of time—typically a grey (or greenish-grey) colour.

This soil type covers less than 1% of the state and is mainly found near coastal areas. However, many inland wetlands are dominated by Hydrosols even though these areas may only be intermittently inundated.

Organosols are dominated by organic materials—commonly referred to as peats. They do not exist in large areas in Queensland but occur as small pockets in the more wet areas—along the humid coastal environment. 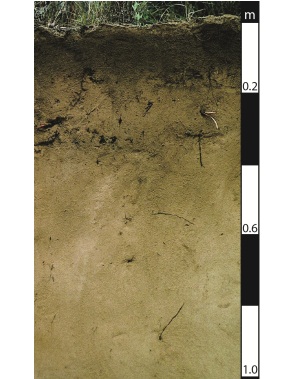 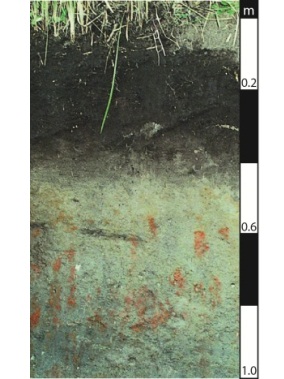 This table links to examples of detailed soil profiles of the different soil types across Queensland.

Soils and land use

A good soil is hard to define. It depends on what it is to be used for.

A productive soil, that will support healthy plants, has several characteristics:

A soil that is prized for its agricultural value may be less suitable for other uses. For example, some of our best cropping soils are cracking clays, but their capacity to shrink when dry and expand when wet creates problems for buildings and roads.

To assist land managers in determining land use options for their soil, a series of soil maps, land resource bulletins and land management manuals have been prepared for most parts of Queensland.

These resources may also provide a regional overview of the land resources, climate, vegetation and land management issues. See how you can access them at our reports and publications page.