Their Royal Highnesses The Duke  and Duchess of Sussex visited Queensland in October 2018.

Their visit was part of a wider Australian tour that also took in the Invictus Games, which are being held in Sydney 20–27 October.

The Duke established the Invictus Games for servicemen and women who have suffered life-changing injuries, with the first event staged in London in 2014.

This was the first official visit for Their Royal Highnesses to Queensland.

Their Royal Highnesses The Prince of Wales and The Duchess of Cornwall arrived in   Queensland on Wednesday 4 April as part of their  official duties at the 2018 Gold Coast Commonwealth Games.

This is The Prince of Wales’ seventh visit to Queensland and The Duchess of  Cornwall’s second visit.

The tour is focused on the  themes of community, sustainability and disaster recovery and resilience, and also reflects The Prince's strong relationship with the Australian Armed Forces,  as well as the work of Prince’s Trust Australia.

Find out more about the visit—including  details about the welcome ceremony and public walk, opening of the 2018 Gold Coast Commonwealth Games, and visits to Bundaberg and Cairns. 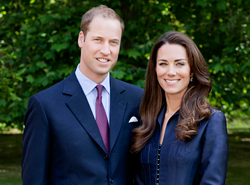 Their Royal Highnesses The Duke  and Duchess of Cambridge visited Queensland on Saturday 19 April 2014  (Easter Saturday).

Their Royal Highnesses visited  Amberley and Brisbane as part of their tour of Australia and New Zealand.

The Royal couple then arrived  in Brisbane to attend a reception, co-hosted by the Governor and the Premier of  Queensland at the Brisbane Convention and Exhibition Centre before making their  way down Russell Street, South Bank where  almost 10 000 people gathered for the  opportunity to meet the Royal couple.

The Prince of Wales and The Duchess of Cornwall’s  Royal Visit to Australia commenced in Longreach on Monday 5 November 2012.

The program for Longreach included:

Her Majesty The Queen and  His Royal Highness The Duke of Edinburgh visited Brisbane on Monday 24 October 2011.

While in Brisbane,  they travelled down the Brisbane River  to view some of the areas affected by the January floods.

The Queen and The Duke of  Edinburgh also made a short public walk through the Cultural Forecourt at South  Bank on their way to a private reception at the Queensland Performing Arts  Centre (QPAC). This reception acknowledged the emergency personnel, volunteers,  and those affected by the natural disasters during the summer of 2010–2011.

Finally, The Queen  officially opened Rain Bank, an initiative to improve water efficiency  throughout the Parklands at Rainforest Green.

The Queen and The Duke of  Edinburgh's visit coincided with The Queen's attendance at the 2011  Commonwealth Heads of Government Meeting (CHOGM) in Perth.  While in Australia, The Queen also visited Canberra and Melbourne.

Prince William travelled to meet community members and volunteers in Ipswich and Grantham. He attended the Spirit of Country concert in Toowoomba to help lift the spirits of flood-affected communities and thank SES and emergency crew workers. The prince also attended a disaster fund-raising reception in Brisbane.