The Independent Interim Body (IIB) are a short-term interim body, to continue the momentum while the First Nations Treaty Institute (the Institute) and Truth Telling and Healing Inquiry (the Inquiry) are established.

Truth telling is a way for all Queenslanders to understand how past laws, policies and practices have, and continue to, impact Aboriginal and Torres Strait Islander peoples.

The IIB will work alongside local communities to start this conversation. 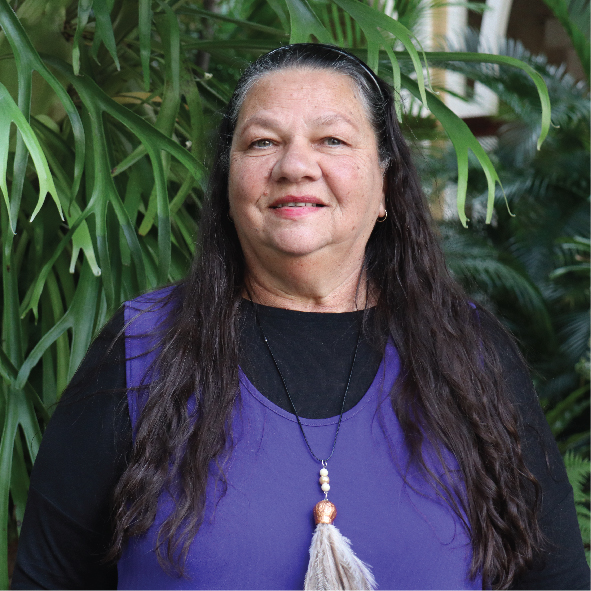 Spanning more than five decades, Cheryl has played an integral role in driving social change for her people—both at state and national levels. To this day, she remains a vocal political activist and passionate advocate for Aboriginal and Torres Strait Islander peoples.

She has extensive experience in cultural advocacy and is a founder of well-known community organisations including the Aboriginal Legal, Medical Services and Childcare Centre in Brisbane, Black Community School, and Black Resource Centre, as well as being the first Aboriginal publisher (Murrie Coo-ee).

Cheryl was a former Treaty Working Group member that led the initial conversations around the State on Queensland’s Path to Treaty, in 2020. Dr Sallyanne Atkinson was the first female Lord Mayor of Brisbane, and the only woman to have held the position.

Sallyanne was a member of the Treaty Advancement Committee, responsible for the report to government. Dr Bianca Beetson is a Kabi Kabi and Wiradjuri woman and has been a practising artist for over 29 years.

In 2018, Bianca was awarded a Doctor of Visual Art from the QLD College of Art, Griffith University.

Seleena Blackley is a young Kalkutungu and Moa Island woman.

Seleena currently works as a Youth Specialist for 54 Reasons in Mount Isa.

Seleena is a senior cultural facilitator for her family’s Kalkutungu cultural business, Malkarri Cultural Centre. She is also a member of the Aboriginal & Islander Development Recreational Women's Association, which advocates for the rights of women and their families. 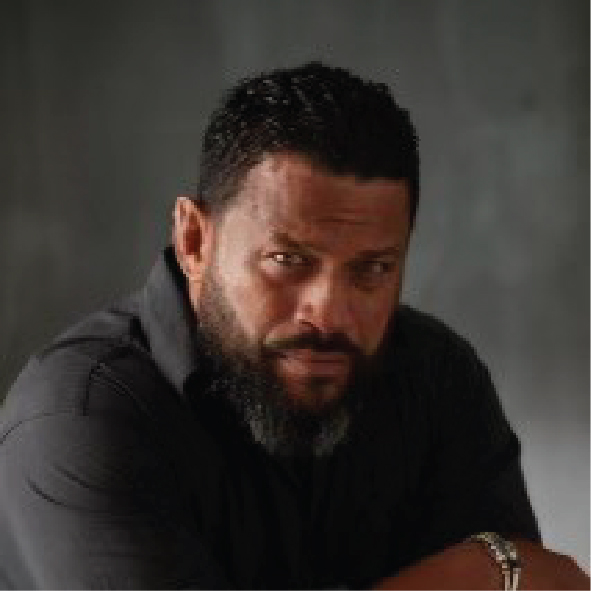 Aaron Fa’Aoso is a descendant of the Samu and Koedal clans of Saibai Island in the Torres Strait.

Aaron is the Managing Director of his production company, Lone Star. He has led an illustrious career as a screenwriter, director and producer, which has resulted in many awards and nominations including the Cannes Film Festival and the Sheffield Film Festival.

He is passionate and strongly committed to bringing the stories of the Torres Strait and Cape York communities to a wider audience and to creating better outcomes for Aboriginal and Torres Strait Islander peoples. Mick’s people are the Ghungalu from the Dawson Valley in Central Queensland. He has spent the last 30 years advocating for the rights of Aboriginal and Torres Strait Islander Australians.

Mick was also the Co-Chair of the Treaty Working Group in 2019 and the Treaty Advancement Committee in 2021. Michael Lavarch is a proud Queenslander, who has spent his life serving his community.

He completed his Law degree in 1984, before being elected to the House of Representatives as the member for Fisher in 1987, and for Dickson in 1993.

In his role as the Attorney-General in the Keating Government from 1993 to 1996, Michael worked to establish the National Native Title Tribunal and conducted negotiations with State and Territory governments for the implementation of the Native Title Act. He also initiated a wide range of law reform, including the National Inquiry into the Separation of Aboriginal and Torres Strait Islander Children from Their Families. Marg O’Donnell is a proud Queenslander with extensive board and public service experience.

Marg was the Director-General of three state government departments in Queensland: Aboriginal Affairs, Equity and Fair Trading, and the Arts.

She is currently a mentor to senior executives and a member of the Advisory Board to Professor Wesley Enoch, Indigenous Chair in the Creative Industries at the Queensland University of Technology.

Ray Rosendale is a Kuku Yalanji man of the Western Sunset People. He is also proud of his Danish and English heritage.

Ray has enjoyed a long and decorated career in the military and has worked as a case manager at Anglicare and currently works as a Community Services Officer with the Cairns Regional Council.

He strives to support others and make First Peoples advancement a priority for the region. He works closely with the community to resolve concerns, issues, and problems they may be experiencing in the region. Ray has a degree in human services and honours degree in social work. Natalie Siegel-Brown is the Commissioner specialising in Social Policy at the Australian Productivity Commission, currently leading major reviews of Australia's educational reforms, and the progress Australia has made under the national Closing the Gap agreement.

Her diverse background has been singularly driven by a passion to make the world a better place. Natalie began life as a lawyer where she worked with Aboriginal and Torres Strait Islander communities in domestic and family violence, and crime prevention. This subsequently led to a career at the former Aboriginal and Torres Strait Islander Commission and the Australian Human Rights Commission.