In regional communities across the state, businesses are joining a growing alliance of climate heroes, achieving cost savings with new advances in renewable energy and efficiency.

Sustainable solutions already exist that have the potential to create more jobs and commercial prospects for Queensland businesses, and safer and happier communities.

By adapting, organising and innovating, local businesses can help their communities to remain resilient and to prosper into the future.

The following case studies show that with early action, everyone can profit.

Peter Little, Yurika – Project Manager: Solar, wind – all of the renewable energy, it’s energy that’s there already. There’s a lot of opportunities both in the construction and in the ongoing maintenance and that’s where the Traditional Family Group comes in, where they clean the panels, make sure we’ve got optimal power on that network so you get an optimal return for your investment.

Janeece Thompson: We hope to just build what we’ve started to perfect. We’ve gotta just back yourself. Do something different because we didn’t know whether we could do it. It’s a better way. I think it’s a great way.

Conclusion: Everybody can profit

The business won the contract to maintain the Barcaldine Solar Farm in Central West Queensland, which consists of 80,000 panels that need to be cleaned on a daily basis to ensure optimal power.

Traditional Family Group is now looking at expanding its business to maintain other solar farms in the area, demonstrating how renewable energy projects can be good for local enterprises.

The Central West Remote Area Planning and Development Board (RAPAD) has a vision to capitalise on Queensland’s shift to a low carbon economy by generating the state’s electricity needs through renewable energy projects, bringing transformative benefits to a region that has been hit hard by drought.

Headquartered in Longreach, RAPAD’s mission is to foster, facilitate and promote the growth of Central Western Queensland, where populations and livelihoods are under increasing pressure. 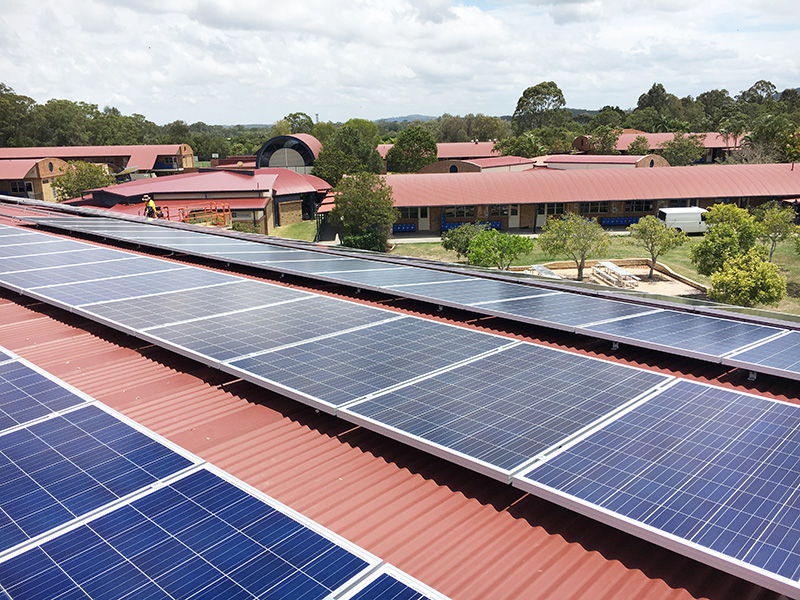 In 2016, Siena Catholic College at Sippy Downs on the Sunshine Coast was looking for a way to reduce energy costs, reduce CO2 emissions and provide a more sustainable campus.

The school engaged Planet Ark Power to create a large-scale solar system, consisting of 80 KW of rooftop solar using 308 solar panels and 3 inverters. Since installing the system in 2016, the school has achieved the following benefits: 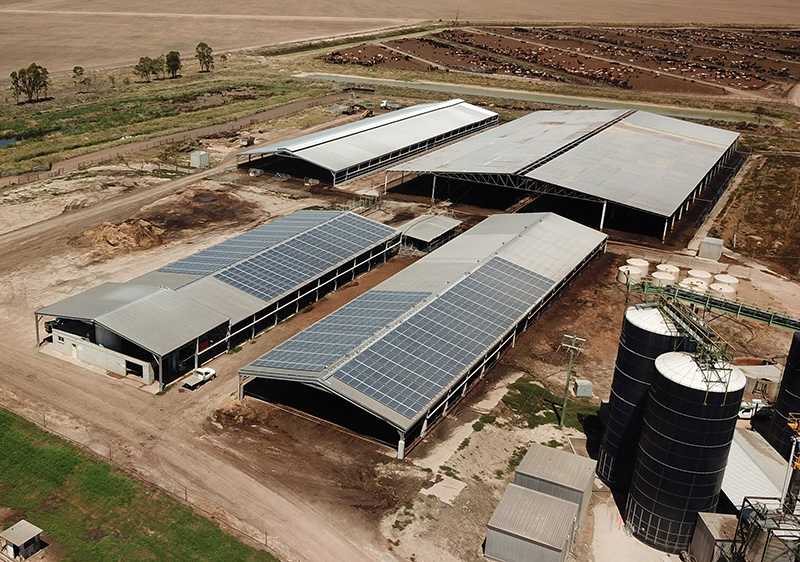 The Lemontree feedlot is a beef and dairy feeding facility in the Darling Downs, 200 km west of Brisbane. The owners, McNamee Partners, were looking for ways to reduce costs and make its business more successful.

As electricity is the largest operating cost after wages, the business set out to reduce grid energy demand by installing a solar energy system made up of 960 solar panels.

What regional businesses can do

Find out how you can take advantage of new opportunities in the low carbon economy.

If you’re already enjoying the benefits of greater sustainability, we’d love to hear your story. Contact us at climatechange@des.qld.gov.au